Once a hapless little kid, 16 year old, Hepsiba never travelled in an express train in her life though once her home was just a stone throw away from South India’s largest railway station, Chennai Central . But last month this wonder girl made her first flight and travelled more than 14000 km crossing oceans from Chennai to Rio De Janeiro in Brazil to achieve something. And she returned with a few medals: one gold and two bronze won in a Street child games in Rio De Janeiro.

Relocated from her dwelling

Few months back Hepsiba and her widowed mother were evicted, by the Chennai corporation, from shanty home along the Sydenhams Road near the Nehru Stadium in chennai where they were living for years. Along with many other dwellers, they were shifted to a shelter home.

An NGO discovered the prodigy

It was Karunalaya, and NGO in Chennai that discovered the talent in her and gave Hepsibah the opportunity that finally took her to Rio. Few weeks ago, Karunalaya organised a sports meet, in Chennai, for the street children, and Hepsiba was one among them. Paul Sunder Singh of Karunalaya says that they found this girl had sheer talent and they decided to take her to big events. But before leaving for Rio she had to jump many hurdles: not in the filed but in many other ways. “Actually, she just about made it; it was a miracle that her passport came through on time,” Mr. Singh says. The team could not win any sponsorship from any corporates or philanthropists but International NGO Street Child United who organised the entire meet has helped a bit and Karunalaya took some loan for the children to make the trip. The London based NGO works to empower marginalised street kids and give them a platform of sports to nurture their talents.

Intensively trained by coach Prabhakar Suresh for about two weeks, Hepsiba and team left for Rio in the second week of March and spent one and half weeks there. Hepsiba won gold in 100 meter sprint and and silver in 400m and bronze in 100m hurdles. Her team mate Ashok won a bronze in boys’ shot put and Sneha stood third in 4x100m relay race and bagged bronze.

24 Carat Friendship with participants of other countries

They interacted with other participants mostly from third world countries like Argentina, Brazil, Pakistan, Burundi. Hepsiba says that now she has won many friends from these countries and she values the friendships are larger than the medals she won and that makes her ‘very very happy’. Another participant, Usha spoke at the Street Child Games General Assembly  and stressed the need to protect street children from people especially police who find a way to  harass them in a regular basis.  “Everyday we fear the police. Police are supposed to support and safeguard us, but we don’t experience this. To protect children from violence at the hands of the police, street children need to be invited to speak at police training so they (police) can understand and empathise,” she said.
In Hebrew Hepsiba means ‘My delight is in Her’. The Lord’s delight and grace are indeed there upon her. She has to win more medals and has to reach new heights.

Also Read: AT 83, SHE IS PREPARING FOR HER NEXT VETERANS ATHLETICS MEET

Sudhir Athekkattil is a digital creative artist from Kerala and now working in Chennai who has a flair in creative writing too. His interests range from cricket to cooking and movies to music.

DISCLAIMER : Views expressed above are the author’s own.

Listen to Pops in this time of Climate Crisis 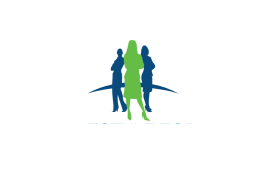